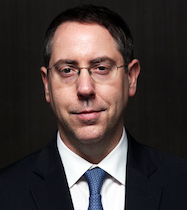 Daniel Frank joined ReadyNation in 2015 and serves as Co-Global Director of this nonprofit business membership organization of more than 2,300 executives across the U.S. and worldwide. Since 2006, we have supported our business leader members to promote public policies and programs that build a stronger workforce and economy through investments in children and youth.

With ReadyNation, Daniel Frank educates and informs leading Fortune 500 executives and key policymakers on childhood/youth development, education and related issues. In addition to this domestic policy work, Daniel manages the organization’s international portfolio operating under the name ReadyNation International (since 2014) and assists other countries with technical support to build networks of business champions for children. ReadyNation International also organizes major international conferences at the intersection of business and education policy including its flagship Global Business Summit on Early Childhood.

Daniel is a frequent speaker and panel presenter across the U.S. and abroad on how the business voice can strategically promote effective public investments in children and youth to impact current as well as future workforce development. Prior to ReadyNation, Daniel was a corporate and transactional attorney with one of South Florida’s oldest law firms. He has significant international business experience, previously served as Vice President of the Chile-U.S. Chamber of Commerce in Miami, Florida, and is bilingual in Spanish. 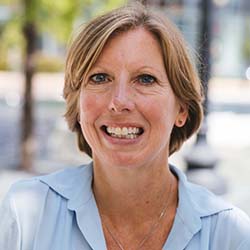 Nancy Fishman joined the ReadyNation team in 2015 and serves as Acting Co-Global Director of this international business membership organization that leverages the experience, influence, and expertise of more than 2,300 business executives to promote public policies and programs that build a stronger workforce and economy. Since 2006, ReadyNation members have made a bottom-line case for effective, bipartisan investments in children as the future workforce that will drive success in the global marketplace.

Prior to joining ReadyNation, Nancy was the State Director of the Pennsylvania Governor’s Early Learning Investment Commission. The Commission, comprised of 75 senior-level business executives across the commonwealth, supports public investment in high-quality early care and education as a workforce and economic development strategy. Previously, Nancy was the Director of Success By 6, the early childhood initiative of the United Way of Carlisle and Cumberland County, Pennsylvania.

Nancy was elected as a school director for Carlisle Area School District (PA) in 2003 and served for 12 years including seven years as the school board president. She previously served on several boards including Kiwanis Club of Carlisle, Carlisle Family YMCA, YWCA Carlisle, and Cumberland Shared Housing.She is also a guest lecturer on education and local government issues.

Nancy Fishman received her B.A. in policy and management studies from Dickinson College and a M.S. in psychology from Shippensburg University. 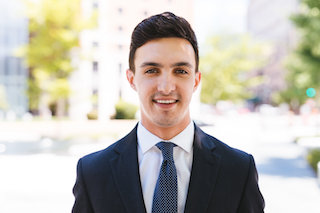 Andre Foltz is a Senior Associate with ReadyNation. Prior to joining Council for a Strong America, Andre worked on the 2016 presidential campaign as an Field Organizer in Northern Virginia and has completed internships with the Colorado State Senate, Colorado Governor’s Office, and most recently, the U.S. Senate.

Andre received his B.A. in Political Science from Colorado State University and is currently pursuing a M.A. in Public Management from Johns Hopkins University.